May 28, 2011
Google have just announced with some fanfare that they have created a mobile money eco-system.   Android users can now use their devices fitted with NFC chips to make payments at selected Points of Sale in the US.   This will only be launched on a limited scale some time in the Summer.  It is not actually ready yet. ( http://googleblog.blogspot.com/2011/05/coming-soon-make-your-phone-your-wallet.html)

There is no doubt that those of us in the ‘advanced’ West will value the utility of being able to swipe our phones (which have become extensions of our very beings) when we buy coffee  - the Starbucks app has been out for a while – (http://www.starbucks.com/coffeehouse/mobile-apps) or when we make our day to day purchases.   It will be  ‘cool’ just as it is cool today to flash an NFC enabled credit card at an NFC enabled POS when making small value purchases.

However I would argue that the utility,  of the full functionality of mobile money transactions, will only be fully appreciated by those living in less developed countries - where few have bank accounts and credit cards but many have mobile phones.

I was delighted and surprised to hear that the SWIFT conference in Mumbai being held this week has its focus on the unbanked.  (http://www.swift.com/events/2011/Innotribe_Mumbai/index.page)  SWIFT is the organization that provides a platform for banks  (inter-alia) to automate and standardize financial transactions including transfers – hence the SWIFT code for bank accounts.   So it is a big and brave step that they have taken into what must be, for them, uncharted territory.

Having grown up in the mobile phone industry in the 90’s and been fortunate to have seen some pretty cool innovations in that space – what stood out for me at the time was the inability of mobile banking to take off (despite best efforts from us as a mobile operator and the maturity of the technology).   My observation was that the failure was primarily political – it was a turf war between banks and MNO’s.   Banks did not want the MNO’s to get too close to their business for fear of losing control of their customers.

Well that was a long time ago and since then things have moved on.  Companies like Monitise (http://www.monitise.com/) have demonstrated that the banks have adapted and realize they need to be part of the new order.   However they serve a limited segment of the potential global market.  Their customers all have bank accounts and all that Monitise and other aspirants are doing,  is  creating a new channel.

What about those  ( more than) 3bn mobile phone users who don’t have bank accounts?? (Reliable statistics show that only 2bn of the more than 5bn mobile phone users globally are banked.)     These are generally poorer people who live in emerging markets in Africa and Asia.   They live in a cash economy with very high transaction costs.   A large proportion of their income comes from remittances from the richer Western countries.    The cost of these transactions are outrageous  although competition is forcing these prices down (Western Union – http://www.westernunion.com )  The inefficiency in this financial system is deleterious to an already weakened economic order.


The challenge thus, is to provide a financial ecosystem that can bridge the sophistication of the banked with the needs and wants of the unbanked.   Such a system should leverage existing networks and infrastructure so as to reduce costs of implementation and ultimately transactions costs.   By using the mobile phone as the instrument for storing value (e-wallet) and its networks for sending the money one can achieve many of these objectives.

How does one translate cash into ‘e-money ‘ and visa versa.  This is a function of the partner networks that can be leveraged – these are the so- called pay in and pay out points where the user can do just that,  put money in or take cash out.   Of course ideally this should be integrated with the ‘advanced’ banking systems so that bank accounts, credit cards and debit cards can also interact with the system.

M-Pesa,   (http://enterprise.vodafone.com/products_solutions/finance_solutions/m-pesa.jsp) is a great success story out of Kenya which demonstrates the ingenuity of a people whose culture and needs are not burdened by vested interests.   However M-Pesa is relatively restricted in its reach and its scope of services.

Surely the ideal solution is one which taps into the users requirement for low cost calls ( he has a mobile phone already and hence wants to keep costs down),  and also provides the ability for the user to make and receive payments,  transfer money,  pay bills and remit funds internationally - all off a single account (e-wallet).    One that can be  linked to credit cards and bank accounts but is also linked to ubiquitous networks of pay in and pay out points.  And one that is also linked to a branded card that can be used to make payments, draw cash from ATM’s as well as make online payments.

Well as it happens there is such a solution.   It is provided by a company called Paymotech and it goes by the name of Paytoo (http://www.paytoo.com/).   Unlike Google which is still trialing its mobile payment service Paytoo is now live across the US and is accessible at thousands of  outlets.  Paytoo has also implemented its services in countries like Nepal where in partnership with the central bank  the Nepalese Diaspora can now remit funds to their families back home at an affordable rate.   There are numerous other relationships in place ( check out their website)  that demonstrate the efficiency and ingenuity  of the Paytoo system.   Paytoo have a Mastercard BIN which allows them to issue branded prepaid cards.  They are also a global MVNO leveraging the Vodafone network – allowing Paytoo users to use their mobile phones abroad without incurring roaming charges.   And there is much much more.

Perhaps SWIFT need look no further than Paytoo for a solution.

Popular posts from this blog

CAPITALISM – no longer fit for purpose ? 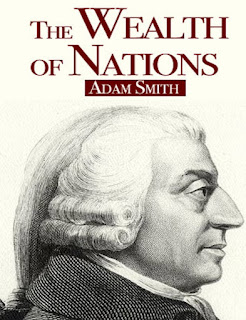 The vast majority of humanity survive on a few dollars a day.    The economic boom of the last fifty years has benefited a relatively small elite. The fossil fuel driven economy has devastated the planet. Capitalism is the most efficient creator of wealth but it has been derailed and it has led to inequality and environmental degradation on a global scale. Global warming and capitalism’s favourite progeny – globalisation – has triggered social movements,   political discontent and massive migration.    There are more economic and political migrants seeking greener pastures than at any time in history. Increased Government participation in the economy both directly and through regulation is required to temper the excesses of laissez-faire capitalism. Degrowth means uncoupling the link between growth and prosperity.        Adam Smith’s ‘invisible hand’ has been the single biggest driver of the phenomenal economic growth enjoyed globally over the last two hundred years
Read more

WHY WE SHOULD VALUE OUR OCEANS 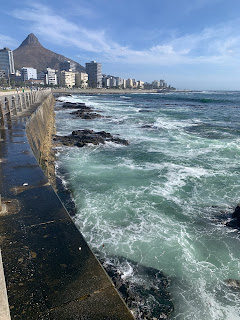 The oceans have acted as ‘airbags’ in the slow motion car crash that is climate change.    They have absorbed much of the impact and protected us humans from immediate danger - apart from a 'little' whiplash i.e.  heatwaves, floods, droughts and storms. About 30% of CO2 emissions since the beginning of the industrial revolution have been absorbed by the oceans.   So, humans on land have been spared the worst of the impact of atmospheric heating (caused by increased CO2 and other GHG concentrations) that would have otherwise taken place did we not have the oceans.     But this has come at a huge cost : (1)      increased acidification of the ocean (pH has gone from 8.3 to 8.2) it's logarithmic - so actually a 30% increase in acidity ,   and : (2)    Increased temperature of the oceans – especially in the top layer ( up to 700m depth ) – since the 1970’s the oceans have trapped up to 90% of all excess heat energy trapped by GHG’s.     This is about 0.6 degrees C.
Read more

July 22, 2022
The Summer of 2022 will be remembered as the season when global temperature records were broken systematically.    When more temperature records were broken in more places than ever before.    All the way across Europe and the UK records are being shattered as wildfires wreak havoc upon the natural and the built environment.   China, India and the USA have also broken heat records and there is no let-up in sight.   (https://www.scientificamerican.com/article/with-record-breaking-heat-europe-glimpses-its-climate-future/)   The environments in cities and towns are increasingly becoming hostile to human habitation and this will lead to more migration.       How has this come about?   We are living in the Anthropocene geological age  – the period in earth’s history when Man has made a significant impact on the environment.      It started (in earnest) at the time of the Industrial revolution when the energy that could be unlocked from fossil fuels (most nota
Read more

Ross Macdonald
My musings on some big issues like climate change and connectivity et al. I am an advocate for the urgent reduction of carbon emissions and also, the alleviation of poverty. The provision of connectivity to the unserved can help to proliferate information access - and in turn knowledge - to fight climate change.